What Are the Defenses If You’re Arrested for Lewd Conduct in a Massage Parlor? 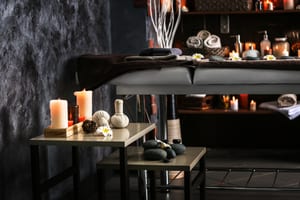 Local law enforcement across Florida have increased their efforts to crack down on lewd acts and sex crimes at massage parlors. With the ever-increasing ease of hiring escorts and sex workers on the internet, police have increased their attempts to apprehend and prosecute anyone who attempts to pay someone else for sex. In recent news, the owner of the New England Patriots has been battling prosecutors in Jupiter to keep tapes private that allegedly prove that he solicited sex acts from a massage parlor named Orchids of Asia. The Jupiter Police Department had conducted a sting operation at the massage parlor and surveyed employees and customers for five days straight. During that time, they allegedly recorded him requesting a sex act.

Instances like this happen all the time across Florida. Which leads us to wonder, what happens if you’re arrested for lewd conduct at a massage parlor? Let’s look at the criminal charge you might face, the penalties, and defenses for those charges.

What Charges Can I Face For Lewd Conduct?

Florida law defines this crime under Statute 796.07(2)(f) as any person “solicits, induces, entices, or procures another person to engage in prostitution, lewdness, or assignation.” Solicitation of prostitution is a specific intent crime, meaning that, to be convicted, the prosecution must prove that the defendant had seriously attempted to pay money or sexual deeds in exchange to receive sex. If a person is only joking and has no real intention of going through with the transaction – that person cannot be convicted. The burden is on the prosecution to prove this specific intent.

You can also be charged with solicitation for prostitution, even if you don’t engage in the actual act. Asking, bribing, or negotiating for the sex act is enough for prosecutors to make a case.

What are the Penalties for Solicitation of Prostitution?

Florida has mandatory penalties in place for anyone convicted of solicitation of prostitution. If you’re convicted, the following sentences are non-negotiable:

A judge can require further penalties on top of these as well. That’s based on whether it was your first, second, or third offense plus the factors surrounding it. The first conviction of solicitation for prostitution is a first-degree misdemeanor and can require the following penalties in addition to mandatory penalties:

Second and third offense charges increase the severity of the punishment, including:

What is the Defense for Solicitation of Prostitution?

If you’re charged with solicitation of prostitution, you need to contact a criminal defense attorney as soon as possible. These charges are severe, and a conviction can negatively impact the rest of your life. The Umansky Law Firm has more than 100 years of combined criminal law experience and can help you in creating a robust defense. Some defenses that we’ll explore include the following:

These are options that will be explored in conjunction with other pretrial and trial defense strategies. Once we understand the unique circumstances surrounding your case, we provide more insight on what defenses we can use and what you can expect.

Solicitation of Prostitution is a severe charge that shouldn’t be taken lightly. If you’re being charged with this crime, don’t delay in building your defense case. Bill Umansky and Zahra Umansky both have served as former advisers and prosecutors to law enforcement agencies and will use their experience to help you receive the most favorable result.

Call today to schedule your complimentary consultation or complete our online contact form.